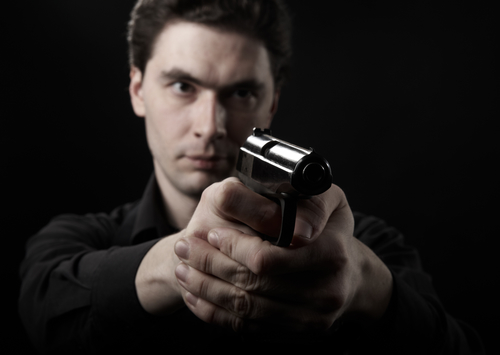 As a responsible gun owner, you know that they only time that you would be justified in shooting someone is when you are shooting them in self-defense. But, if you think about it, the judgment about whether something is self-defense isn’t made in the moment. It is made after the fact to determine if someone needs to be punished for shooting someone.

So, how do you determine when a shooting is done in self-defense? Well, unfortunately, there are a multitude of possible scenarios, but, in spite of that, Tom Knighton offers a practical thought to keep in mind on this subject:

I’m going to offer something of a pro-tip. Pro-tip: If you chase them for a quarter of a mile, it’s not self-defense.

This is especially true if you’re a convicted felon who isn’t even allowed to legally own a firearm.

Look, I get being angry. I remember chasing someone trying to steal my bicycle (adult version) for a good block. Then I calmed down and stopped because I knew I was going way too far and that I would be the one with an all-expenses-paid trip to the Gray Bar Resort and Casino.

Instead, I called the police and let them know what happened, including my indiscretion.

That’s some pretty straightforward advice, but possibly the saddest part of this advice is that Knighton wrote it specifically because a man was convicted of second degree murder, armed criminal action, and felon in possession of a firearm (he was a convicted felon) because he chased a man for a quarter mile and shot and killed him.

Basically, you would be wise to take Knighton’s advice and use your firearm only to defend and never to avenge.

Activist Thankful For 2nd Amendment Rights For Her Protection