Home News It’s Been A Year: Why Don’t We Know The Answers To These... 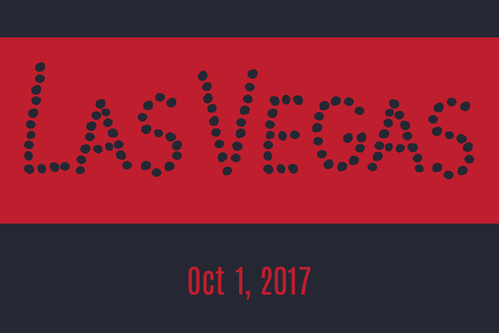 It’s hard to believe that the Las Vegas mass shooting happened over a year ago (October of 2017), but it’s true. In some ways, it seems like it was just yesterday that we saw video of that awful day, and, yet, it seems like it’s in the distant past as the mass media has moved onto the next “big thing.”

And you would think that, after a full year, we would have more answers in the Las Vegas shooting case than we do. There are major questions about what happened and why that we still don’t know. In fact, Matt Agorist has five questions that he thinks that we should have answers for this late in the game.

The first question has to do with reports that Stephan Paddock’s (the shooter) girlfriend worked for the FBI. In fact, “[a]ccording to a credit application, as reported by True Pundit, [Paddock’s girlfriend Marilou] Danley listed the FBI as an employer.” If this is true, this, at the very least, causes serious concerns about the FBI’s background check procedures. At the worst, we need to know why they didn’t know about this before it happened so that they could prevent it.

Agorist’s second question has to do with “Officers seen on body camera footage cowering in fear as Paddock murdered people one floor above them.” Why were the police not charging in (or, at the very least, moving in slowly and consistently) to take this guy out? How many more people died because police didn’t intervene sooner? And why haven’t we heard about any officer cowering in fear being fired?

In an odd twist to the story that should still be followed up on, “Paddock Reportedly Warned His Brain was ‘Hacked’ and He Was Under Gov’t Control.” At the very least, this raises concerns about Paddock’s mental health. And, if his mental health was in question, how did he get his hands on a fully automatic weapon (another gun control fail)? If you’re more conspiratorially minded, this report raises questions about how many “Manchurian Candidates” are in the U.S. already.

The fourth concern has to do with reports indicating that Stephan Paddock may have been an arms dealer. While this might explain how he put his hands on a fully automatic weapon, the next question has to be asked about how a person with concerns about mental health was able to become an arms dealer in the first place, and who was he selling weapons to?

The fifth question that Agorist raises is why Las Vegas police were instructed to turn off their body cameras (this was caught on video). What possible purpose could this serve? After all, if officers’ video footage was turned off, how did police expect to be able to use the information gathered from those videos to better understand what happened in this case?

So, there you have it: five concerns and questions about the Las Vegas shooting a year later. This is information that we should already have, and it simply doesn’t make sense that we don’t know the answers to these questions already. It’s almost enough to make you think that there could be a conspiracy to cover up what happened. At the very least, it seems to be poor use of investigative resources.

Should You Make These Modifications To Your Concealed Carry Pistol?

Unbelievable: Teachers Can Teach Kids To Be Pro-Communist But Not That...

“Obam-illary” Give Their Perspective On the Gun Market – Then Smith...