Home Gear Is This .22LR Suppressor Worth The Money?

When many Americans think of suppressors, their minds go back to Hollywood movies in which a “silencer” (they never call them suppressors in the movies) on a gun keeps you from hearing anything but what sounds like, basically, a puff of air.

Of course, if you’ve ever used a suppressor, you know that’s not how they actually work. That’ lack of sound is pure Hollywood gimmickry.

Having said that, suppressors have their place, and they still sell. In fact, GSL Technology, Inc. recently released a .22LR pill box suppressor. GSL’s website says,

The Pill Box is the smallest suppressor available for the 22LR cartridge. The unit is considered as a “last ditch” item for self-defense and is not designed for target shooting at the range. The Pill Box uses a special wipe which should last at least fifty rounds minimum before needing replacement.

[The GSL suppressor should provide] a sound reduction of some 24 dB. The wipe, a standard of suppressors dating back to WWII, has largely been phased out in recent years in favor of larger but more durable internal baffle systems.

At a length of 1.44-inches and a diameter of under an inch, Pill Box weighs in at less than an ounce. The company says that it is the smallest can available on the market at the moment. As such, it stands to take the place of the old Gemtech Pill Bottle and gives newer cans such as the Armtac Covert some serious competition in size.

To replace the wipe once it is worn out, GSL says a Type 7 FFL can do the work or they can replace it for $25 in-house. Sorry guys, they can’t ship spare wipes as they are considered to be regulated “suppressor parts” by the ATF.

You can see an image of this GSL suppressor above. 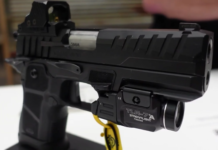 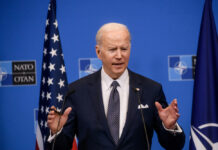 Biden Says Police Should NOT Do 1 Thing. What Does That Mean For You? 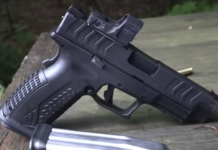 Hilarious Result At One School Walkout