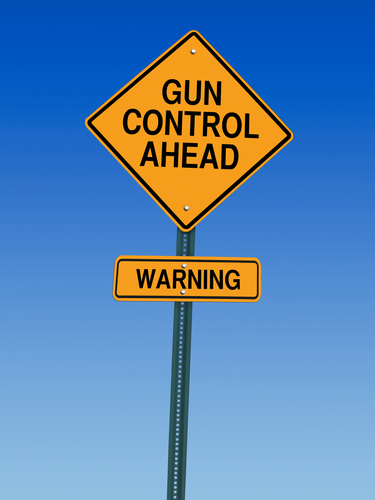 Talking about whether gun control actually gets guns off of the streets sometimes feels like beating a dead horse. You would think that everyone knows the answer to that question by now.

After all, how else can you explain why people who, in other areas of their lives, seem perfectly intelligent, can’t seem to grasp what the statistics actually show? And, believe me, the statistics are quite clear: gun control does nothing to actually reduce the number of firearms on the streets.

Take, for example, the situation in the U.K. Vikram Dodd writes,

Police and border officials are struggling to stop a rising supply of illegal firearms being smuggled into Britain, a senior police chief has warned.

Chief constable Andy Cooke, the national police lead for serious and organised crime, said law enforcement had seen an increased supply of guns over the past year, and feared that it would continue in 2019.

The Guardian has learned that the situation is so serious that the National Crime Agency has taken the rare step of using its legal powers to direct every single police force to step up the fight against illegal guns.

In case there is any confusion, read that again. In the U.K., which has much stricter gun control than the United States overall, they are having a problem with the increased number of guns on the street.

So much for the effectiveness of gun control.

As Dan Zimmerman puts it:

No matter how hard politicians try, they can’t repeal the laws of supply and demand. Where there’s a demand for firearms, there will always be people who will supply them, whether that’s through home-made weapons or, as seems to be increasingly the case, by smuggling them into the country.

Of course, if you need other examples closer to home, remember that, contrary to popular belief, gun control in California hasn’t decreased the murder rate in that state. We talked about that here.

When are anti-gunners going to get the clue that gun control won’t work because they don’t address the root of the problem? To put it bluntly, the root of the problem is that the people willing to hurt people for fun or personal gain are only deterred from that by the threat of physical violence to them. In other words, the problem is people without morals, and the solution is people with morals who can injure the perpetrator, if necessary, in order to save lives.

Keep saying it again and again because it is the truth. And, once people know the truth, the truth can set them free.