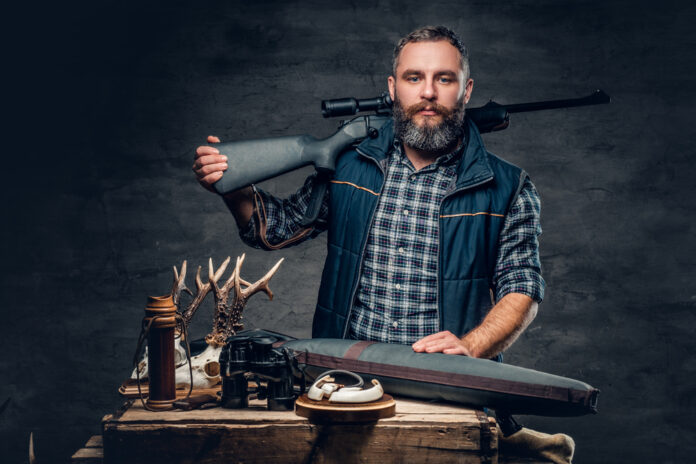 Anti-gunners have this bizarre idea that guns are to blame for gun violence. As if guns have minds and wills of their own and can act on their own.

Pro-gun people, on the other hand, are interested in real solutions to the problem instead of taking away people’s rights.

Deer hunters are killers, but not of each other or their neighbors.

That’s what the research says, anyway.

Ball State economics professor Paul Niekamp looked at the relationship between violent crime and deer hunting seasons in 21 states over 20 years. He recently released the results of that work.

He titled his study “Good Bang for the Buck: Effects of Rural Gun Use on Crime.”

Deer seasons, Niekamp said, are unique — “unparalleled by any other policy in existence” — in arming people across rural America. Each year, more than 10 million Americans, about 18 percent of all American gun owners, use firearms to hunt deer during restricted dates.

“There are no other policies that induce 600,000 Wisconsin males or 530,000 Michigan males to systematically and temporarily carry and use firearms,” he said.

Yet, examining crime statistics from peak hunting days did not show any spikes in violence. In fact, the opposite is true.

Niekamp determined there are roughly 12 percent fewer violent crimes on the first two days of firearm season than otherwise in rural areas.

At the same time, the study also found that alcohol-related arrests of juvenile males fall by 22 percent and narcotic offenses fall by 15 percent at the start of hunting season. That, he said, suggests firearm hunting may have “positive effects on behavior.”

That’s true even when it comes to young men.

Niekamp said it’s “widely asserted that young males are a high-risk group that should not be given access to guns.”

It’s why age restrictions for purchasing firearms exist, he said.

Yet, his work found that young hunters are no more likely to commit crimes than older ones.

“When long gun prevalence amongst young males skyrockets upon opening season, violent crime incidents remain stable for rural males 21 and under,” he said.

Now, to be fair, anti-gunners may argue that it’s not the gun use in hunting that causes the decrease in gun violence among hunters, and that may very well be true. As Frye points out, hunting tends to be passed down from older male relatives (typically fathers but, sometimes, uncles or grandfathers) to the younger men, so maybe it’s this influence of older males on younger males to be more civil and responsible that is the real driver of reducing gun violence among young hunters.

But isn’t this simply another reason that we should teach hunting to more young mean? Young men who don’t have positive male role models in their home could benefit from being around responsible hunters and men willing to invest their time into shaping the character of these young men. And boys typically love to pretend play with guns (cops and robbers, anyone?), so hunting could be a way to draw these boys and young men into healthy male relationships.

Which again brings us back to the idea that it isn’t the gun causing the problem in gun violence, and, as this research shows, increased gun usage, when directed in a healthy direction, may play a part in reducing gun violence.

But I doubt that you’ll make much headway with your anti-gun friends if you tell them that we need to increase hunting to decrease gun violence. They’ll be too appalled at your suggestion that “killing Bambi” could be a good thing.

REVEALED: You Won’t Believe What Big Tech Is Doing To Patriotic...

Water survival secrets you should know …