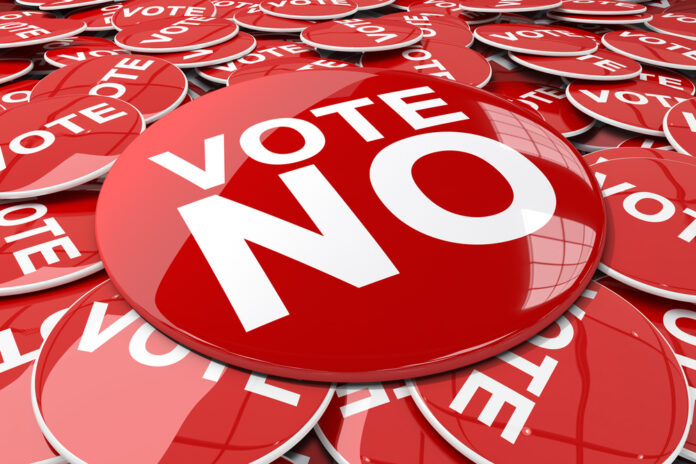 While they are now in the minority in the Virginia legislature, it’s nice to see that someone there (in this case, Republicans) actually has their head screwed on straight when it comes to red flag laws.

Sadly, though, the anti-gunners in the Virginia state legislature don’t actually seemed concerned about either Constitutional rights or about actually making a difference in the safety of everyday Viriginians. Cam Edwards writes,

As we first reported on Friday, Virginia Democrats have officially filed a “red flag” firearms seizure bill that violates the due process rights of Virginians while doing nothing to actually treat or help those who may be a danger to themselves or others.

“Our concern with this bill and others like it is that these bills go too far, and open the door for abuse that would not only endanger citizens but also law enforcement. There is room to tweak our existing, proven system of dealing with those who may be a threat to themselves or others while preserving due process, but this bill comes up short.”

The existing system that Gilbert is referring to would be Virginia’s civil commitment laws, which use mental health professionals to decide if someone poses a threat to themselves or others, unlike the “red flag” proposal which leaves the decision in the hands of a judge who’s never actually spoken to the person who is the subject of an Extreme Risk Protection Order.

Of course, the problem with even the current kind of red flag law which says that it will use “experts,” in this case, “mental health professionals,” is that we’re seeing situations where a difference in political opinion or religious beliefs (or lack of) is being called a mental health issue.

If you think this is a joke, realized that a hit piece… er… article published by Psychology Today listed five mental health issues to “explain” support for President Trump. How long before the desire to live a life of freedom including exercising your Constitutional right to own firearms is considered evidence of a mental health issue which would justify taking those freedoms and firearms from you under red flag laws?

And now anti-gunners are wanting to spread this kind of insanity in an even more extreme way now that they’ve taken control of the state government in Virginia. What do you think will happen on a national level if anti-gunners take over Congress in the 2020 election?

This insanity on the part of anti-gunners is the reason why we are seeing a #VAGunRightsRebellion right now. We all need to pay attention to what is happening in Virginia because it could be a preview of the national gun rights battle that could be in our near future.

After Sandy Hook Lawsuit, What Is The Future Of Remington?