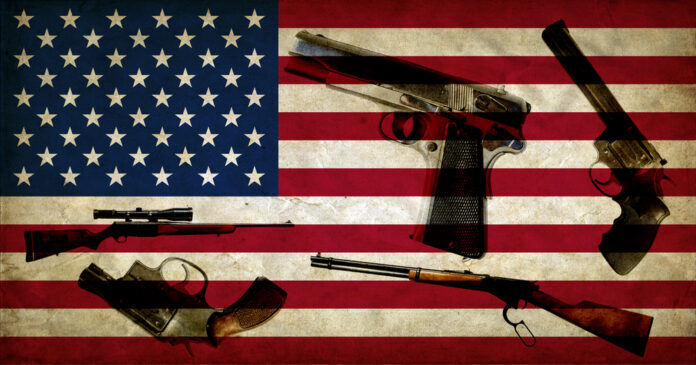 Anti-gunners love to tell people that they don’t want to take away anyone’s rights, but the truth is that this just isn’t the case.

Maybe you’ll come across some honest anti-gunner (because they haven’t thought the issue through) who will tell you that they want to repeal the Second Amendment, but that’s the only thing that they want to take away from you. The problem with this statement is that gun control violates much more than just the Second Amendment. For example, gun control is routinely used to violate the Fourth Amendment rights of U.S. citizens.

How, you might ask? By using information gathered through gun control efforts to target gun owners for special scrutiny. In other words, this is a violation of privacy and of the right to be free from unreasonable search and seizure. And if you don’t believe me, Kristina Bravo gives details showing how that is happening right now:

Ammunition background checks led to the recent seizure of dozens of weapons across the state, including in Southern California, from individuals deemed unfit to posses them, authorities announced Tuesday.

Operations in April and May across 12 jurisdictions resulted in the confiscation of 51 firearms, including four assault weapons and two untraceable “ghost guns”; 123 magazines, including 33 large-capacity magazines; 28,518 rounds of ammunition; and 120 grams of methamphetamine and heroin, according to the California Attorney General’s Office.

Authorities executed search warrants after the offenders tried to purchase ammunition but were denied through ammunition background checks, which currently remain in effect after a federal judge’s decision to block them in April and rule in favor of the California Rifle & Pistol Association. The judge said the checks violate Californians’ Second Amendment rights.

Attorney General Xavier Beccera secured a stay of the preliminary injunction while the case is on appeal, according to his office. The ammunition background checks became law after Californians voted for Proposition 63 in 2016, making California the first and only state to approve such background checks, officials said.

Individuals banned from purchasing ammunition in the Armed and Prohibited Persons System database include people with felony or violent misdemeanor convictions, those who have been placed under a restraining order, including in cases that involve domestic violence, and those who have been diagnosed with serious mental illness.

Now, before you say, “well, these felons aren’t legally allowed to own guns,” pause for a moment and think about something: Once a government makes disagreeing with their politics on any issue illegal, how soon will they come for you and your guns if you have complied with their registration demands?

I’m not suggesting that you break the law by illegally obtaining guns. I’m saying that you need to either get the laws in your area changed to be gun friendly or you need to move someplace where the government isn’t full of anti-gun idiots because some anti-gunners already advocate taking guns from Trump supporters, for example, because they say those people “must be insane to vote for Trump.” I’m not kidding.

It won’t be long before you and your beliefs are next, and it will be illegal for you to keep your guns. Don’t let it get to that point.

Every Survivalist Should Know These 5 Compact Survival Rifles

Why A National Conceal Carry Permit Is a BAD Idea!