Home Guns Do You Want To Know Who Shouldn’t Have Guns? It’s Folks Like... 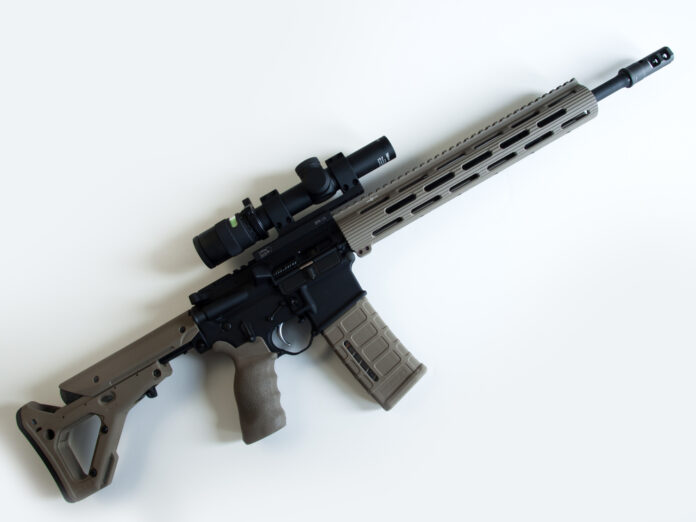 I say that if open carry were allowed, the kinds of anti-social psychopaths who want to kill people would never make it beyond the first shot if more Americans took their rights as responsibilities, too, and armed themselves to protect both themselves and others. Those folks would be weeded out of the gene pool pretty quickly. But I digress.

But what is the truth?

A “peaceful” George Floyd protest rally nearly turned into a bloodbath as a radical leftist brought a rifle. While open carrying a rifle in Texas remains perfectly legal, brandishing it to “off racists and MAGA people” is not.

Cops initially arrested 25-year-old Emmanuel Quinones Saturday after he brandished his AR-15 rifle at a rally in Lubbock, Texas. Initially, the masked gun-toting hotshot refused police orders to drop the gun as he held it at low-ready. He had a change of heart when police pointed their guns at him.

But wait there’s more! Cops say the would-be mass murderer shouted “President Trump must die” and “this is a revolution” as they struggled to cuff him. Trump Derangement Syndrome is real and chronic in some.

Further investigation of Quinones’ Facebook account showed the graduate research assistant at Texas Tech had posted violent screeds as well as his plans to kill Trump supporters that might appear at the protest or any found nearby.

Where are the right wingers in this story? Oh, wait, they aren’t there, because political conservatives don’t feel the need to shoot people who disagree with them about politics.

So, maybe there are people who should not be allowed to own guns. It would appear, though, that the people who are the threat to other people’s physical well being are on the political left, and anti-gunners should show the honesty and self-awareness to realize that they are the ones that gun control should be applied to. Because they are the ones who can’t be trusted with guns.

5 Firearms With Fanatical Cult Communities – Do You Belong to...