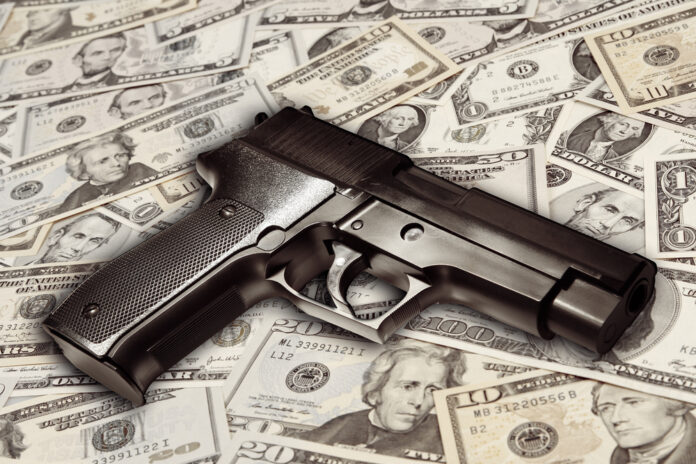 Gun buybacks are a joke.

No. Really. They must be designed to make people laugh because why else would anti-gunners keep putting forth the proposal just to get pathetic results unless these people were actually comedians.

Or lacking in reasoning.

Why am I being so mean about gun buybacks? Well, first, because they are an attempt to implement gun control without saying that they are implementing gun control. It’s a “buyback,” so it’s “voluntary,” right? Sometimes. Sometimes buybacks are mandatory. But there are better uses for that money which actually can reduce gun violence. Gun buybacks are simply a way for a politician to pretend that they are trying to solve a crime issue without actually doing anything. I find the pandering of using gun buybacks offensive. Do they really think that we’re that stupid?

Secondly, gun buybacks are an utter failure. They don’t change the crime statistics. They’re just a media circus for a politician to get positive media coverage for doing something that makes no real difference.

So, gun buybacks shouldn’t even be considered.

But, hey, if it shouldn’t be considered, you know that New York City is going to want to do it, and they did. And (no surprise here) they’re latest gun buyback program was an complete and utter failure (hat tip to here for the lead). Bill Parry writes,

As residents of New York City continue to be tormented by a wave of gun violence this summer, Assemblywoman Stacey Pheffer Amato joined Queens District Attorney Melinda Katz and the NYPD’s 100th and 101st precincts for their latest “Gun Buyback” program at Macedonia Baptist Church in the Arverne section of Rockaway.

The latest event was one of several that Katz and the NYPD have hosted throughout the borough to help combat the scourge violence. Forty-four operable handguns were exchanged for $200 bank cards with no questions asked at the gun buyback.

“This is an incredible event hosted by DA Katz and the NYPD as they work to combat increasing gun violence in our community in a tangible and meaningful way,” Pheffer Amato said. “Forty-four guns off the streets is a significant number and will save countless lives. Programs like this are so vital as they incentivize the turning in of dangerous weapons with no questions asked.”

How stupid do they think people are? How about using that $8,800 that they used for gift cards for those guns for early interventions for at-risk youth? How about making it easier for law-abiding people in New York City to own and carry a firearm so that they can protect themselves and others? How about simply not wasting the money when any law-abiding person who turned in a gun wasn’t likely to use it anyone and any criminal who turned in a gun (probably to get it out of their hands after committing a recent crime with it) will just buy another one on the black market or steal another gun?

Should We Be HAPPY With Biden’s Court Nominee’s Answer To 1...

These Pistols Use Ammo Designed To Pierce Soviet Body Armor