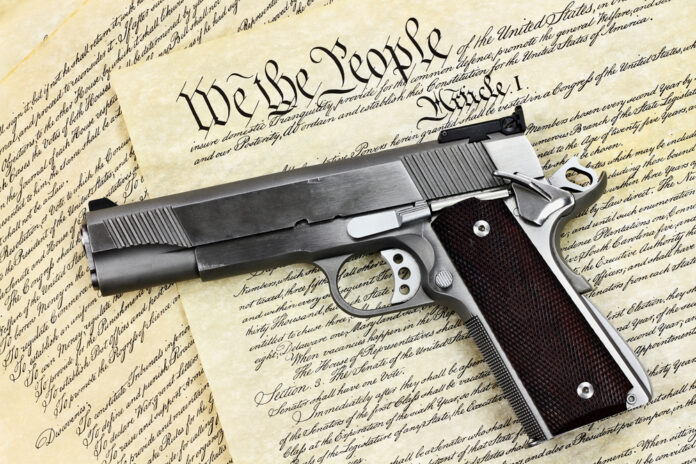 An appalling number of Americans think that the Second Amendment and gun rights are being pushed by a “fringe” group for a purely selfish agenda.

I say “appalling” because the people who think this have no real understanding of what is at stake when it comes to the Second Amendment and your right to own guns, and they have no concept of what being for or against gun rights really means when coming from a politician. It isn’t a fringe issue. No, it needs to be a central issue to every American in every election (hat tip to here for the lead). L. Neil Smith explains why:

Make no mistake: all politicians — even those ostensibly on the side of guns and gun ownership — hate the issue and anyone, like me, who insists on bringing it up. They hate it because it’s an X-ray machine. It’s a Vulcan mind-meld. It’s the ultimate test to which any politician — or political philosophy — can be put.

If a politician isn’t perfectly comfortable with the idea of his average constituent, any man, woman, or responsible child, walking into a hardware store and paying cash — for any rifle, shotgun, handgun, machinegun, anything — without producing ID or signing one scrap of paper, he isn’t your friend no matter what he tells you.

If he isn’t genuinely enthusiastic about his average constituent stuffing that weapon into a purse or pocket or tucking it under a coat and walking home without asking anybody’s permission, he’s a four-flusher, no matter what he claims.

What his attitude — toward your ownership and use of weapons — conveys is his real attitude about you. And if he doesn’t trust you, then why in the name of John Moses Browning should you trust him?

If he doesn’t want you to have the means of defending your life, do you want him in a position to control it?

If he makes excuses about obeying a law he’s sworn to uphold and defend — the highest law of the land, the Bill of Rights — do you want to entrust him with anything?

If he ignores you, sneers at you, complains about you, or defames you, if he calls you names only he thinks are evil — like “Constitutionalist” — when you insist that he account for himself, hasn’t he betrayed his oath, isn’t he unfit to hold office, and doesn’t he really belong in jail?

No, the Second Amendment and gun rights aren’t a fringe issue. They, often, tell you everything you need to know about a candidate and, therefore, we should make gun rights a core issue in every election.

If This Works For The Feds, Why Wouldn’t It Work For...

Anti-Gun Media Just Doesn’t Get Why This Gun Accessory Is Selling...

March For Our Lives Founder Calls Out David Hogg As A...