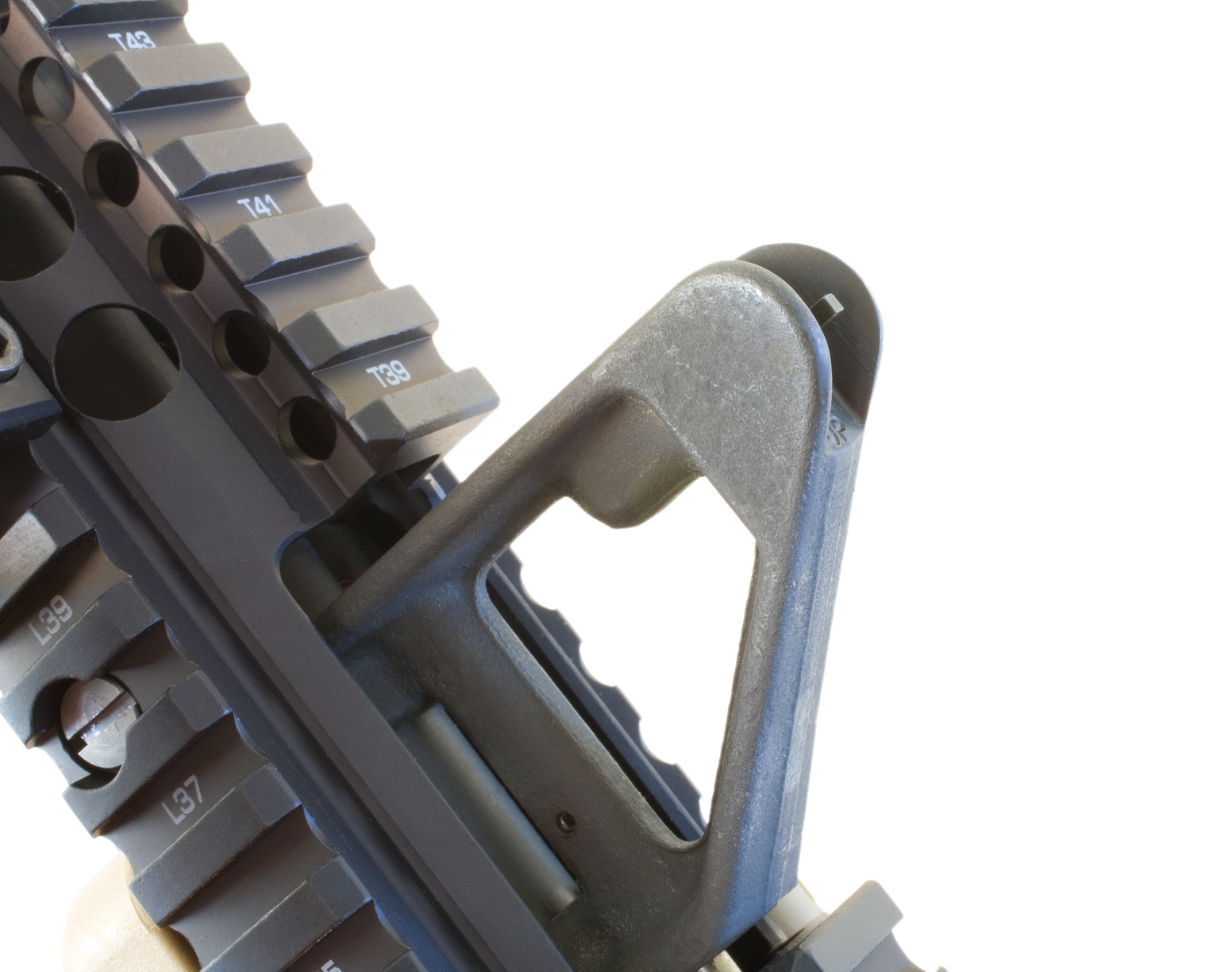 Half the fun of building up an AR-15 is tweaking it once you’re done. That’s part of the beauty of the rifle. It has so many interchangeable parts, and you can constantly be improving its reliability, comfort, and performance.

Take a look at these easy and inexpensive upgrades for your AR-15. Even with not a lot of money or know-how, you can still squeeze extra value out of your AR-15 without too much hassle.

The fine folks at Offthegridnews.com tell us why protective coatings are a no-brainer:

“This is, perhaps, one of the most obvious ways to protect the longevity of your AR-15, especially if you’re stuck in an environment that will put your baby through constant moisture and friction hardships. Giving your AR a sturdy application of Duracoat or Cerakote will offer two advantages to your rifle system:

Of course, especially with aftermarket AR mods, such things will cost a pretty penny. If you do DIY, then you won’t have to pay upwards of $200-$300 to have someone else do it — but do be careful, because this is one job that’s very easy to botch.”

Guns & Ammo explains why the simple act of slapping a new grip on your AR-15 can make such a huge difference:

“Nothing makes an AR-15 feel more impersonal and uncomfortable than a standard A2 pistol grip. Common complaints with the A2 grip include its hard plastic knot bumping their middle finger, and its thin profile that fails to accommodate larger hands.Those who operate their rifles for an extended period of time will notice a comfortable improvement when replacing their pistol grips. Popular grips include offerings from Bravo Company, Ergo Grips, Hogue, Magpul and TangoDown.”

Lots of AR-15 owners overlook it, but the trigger can be a very high-leverage upgrade, according to The Truth About Guns:

“There’s a depressing trend in AR-15 builds these days where manufacturers use top-shelf, state-of-the-art parts to build most of the gun, and then completely cheap out on the trigger. Just about every AR-15 I’ve tested in the last couple months suffers from this malady, namely using a “mil-spec” trigger that probably costs about $10 to finish off a $1,000+ rifle.

With a modern sporting rifle, there are definitely some parts you can skimp on and get away with it. A better bolt carrier is nice, but won’t really make that much of a difference. A better stock is appreciated, but the “mil-spec” crap that gets mass produced gets the job done just fine. One place where scrimping really hurts performance, though, is the trigger. The reason is that while a substandard bolt carrier or stock might not impact accuracy much at all, a better trigger can cut group sizes in half all by itself — something my one-time roommate Tom McHale proved once more in his article yesterday on this same subject.

Trigger control is critical to making a good shot. An inconsistent or excessively stacking trigger will lead to inconsistent shot placement, but a consistent, clean trigger will allow the shooter to make that precisely aimed shot much easier. A new trigger won’t instantly make every rifle and rifleman into a Carlos Hathcock clone — only training and practice can do that. But the difference between a stock trigger and a match grade trigger will be like night and day, no matter the skill level.”

“Many shooters have unfortunately dealt with the damage that results from trigger and hammer pins that have come loose, resulting in detrimental wear and tear around the holes on their rifles. This results in the pins walking out from time to time, particularly during the rapid fire of your rifle.

Thankfully, it’s incredibly easy to make sure that you don’t suffer the same tragic fate as your fellow gunners. By investing a few bucks in anti-rotational pins, you’re able to upgrade your AR-15 while ensuring it remains powerful and accurate for a long time to come.

One of the easiest AR-15 upgrades, anti-rotational pins make sure that trigger and hammer pins are bolted in place. When fully fastened, these pins won’t move even the slightest, resulting in more control over the rounds you fire.”

When choosing a stock, be sure to choose a replacement that fits your buffer tube. Also, be sure to take into consideration how heavy your barrel, upper receiver, and any other attachments you have mounted to the front of your gun are. If your weapon tends to be front heavy, be sure to get a stock that will help balance out the overall weight of the gun, while still allowing it to be as maneuverable and functional as possible. Be sure to check out the Tapco AR-15 T6 Collapsible Stock and the Command Arms AR-15/M16 Sniper Stock.”

Do you know of any other easy, inexpensive AR-15 upgrades everyone should know about? Give us your thoughts in the comments.

Finally! We May Have A Supreme Court Case Which Is Ripe...