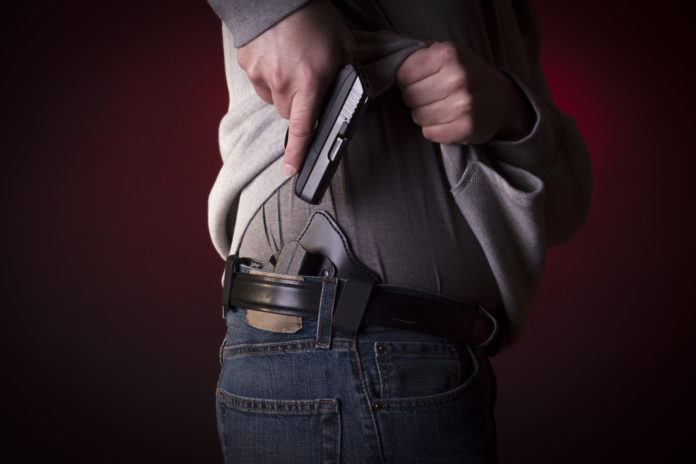 Well, here’s a story that you’re not likely to hear anywhere else with the mainstream media’s anti-gun bias in full force as it is today. But you need to hear these kinds of stories because they show the truth about what the overwhelming majority of gun owners are like: good, decent people just wanting to do the right thing and protect themselves and others.

Unfortunately, for a gun owner in North Naples, Florida, he had to show a willingness to use his gun if he had to. Emily Ford writes,

Customers at the Jack’s Bait Shop in North Naples got the scare of their life when one man tried to wreak havoc outside.

If it wasn’t for Good Samaritan, named Tom, standing by, an evening out could have turned into someone’s worse nightmare.

“You wonder, is this ever going to happen to me, and it did,” Tom said.

According to witnesses, what Tom did may have prevented a tragedy.

“I pulled into Jack’s, just walked in to grab a beer. Walked outside to sit down, and there was a table of ladies to the right of me,” Tom said. “Almost immediately, this black Lincoln pulled up with all dark windows and he did a hell of a burnout.”

Tom says what happened next was a blur.

Tom says a man, who deputies later identified and arrested as Keith Zavattaro, 55, of Naples, drove back to the front of the building, stopped and then slowly rolled down his window to then point what looked like a gun.

“So I got behind the cement pillar and showed my pistol, and he took off out of there really quick,” Tom said.

According to the arrest report, other people outside also saw the gun.

Fortunately for Tom and everyone else, he didn’t have to actually fire his weapon for it be effectively used for self-defense (another truth that anti-gunner don’t ever talk about as this is often the case). But, the scary fact is, if Tom hadn’t been there on the scene with his firearm, then there might have been a number of people dead or wounded.

We’re certainly glad that he was there to do the right thing.

You Won’t Believe This Hypocrisy: Anti-Gun Candidate Owns A Gun For...

Why Did The Mainstream Media Ignore This Mass Shooting?