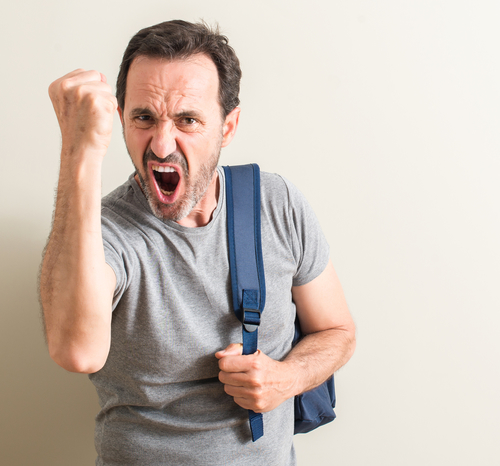 Anti-gunners take it for granted that, if your loved one died at the hands of a mass shooter, you will be anti-gun and an ally in their efforts to take away our Second Amendment rights. And, to be fair, after such a horrible tragedy, it’s not hard to understand why people, still acting out of their overwhelming grief, may take that position out of the sheer emotionalism of the situation.

But the father of one victim of the Parkland, Florida shooting isn’t likely to get airtime on mainstream media news shows with it’s anti-gun narrative. Why not? I’ll let Ashe Schow tell you:

Andrew Pollack lost his daughter in the tragic shooting at Stoneman Douglas High School in February. While many who survived the shooting have become anti-gun advocates, Pollack has taken a different approach.

In a tweet sent Thursday, Pollack pointed out just who was responsible for failing to protect his daughter (hint: NOT the NRA) and did not accept House Minority Leader Nancy Pelosi’s (D-CA) pledge for more gun control proposals.

From a victims dad, go to hell Dems #FixIt

Clearly, Pollack is angry at anti-gunners who have not done what it takes to make our schools safer. Unlike anti-gunners, however, Pollack understands who is really to blame (instead of what. Hint: it’s not the gun’s fault.) for these tragic deaths. Schow continues,

Pollack claims that it was Democrat policies, and a Democrat sheriff, superintendant, school board, and teacher’s union that failed his daughter. These are all the people who knew the shooter was a danger yet did nothing to protect students due to a policy of ignoring threats to reduce student arrests.

While I’m not interested in getting into partisan politics here, Pollack is correct that it was the people who did not address red flags about the school shooter before he committed this horrible act and that want to keep us from being able to defend ourselves that our to blame for how vulnerable our children are in public schools.

Is There A Best Caliber For Self-Defense?