Home Uncategorized Why You Should Consider A Satellite Phone And The One I Use... 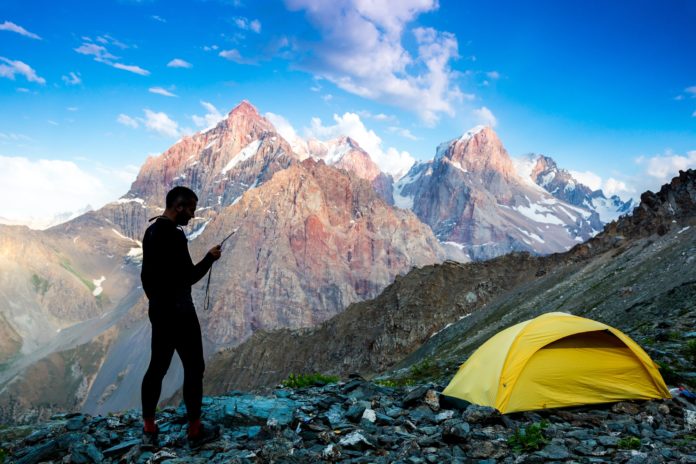 Have you ever thought about how you can communicate securely when cell phone towers and landlines all go dark?

Of course, most preppers have considered HAM radios and devices like that, but today, I’ll tell you why I think you should add a SAT phone to your preparations, and share the model I personally use.

First, is a total “grid down” SHTF situation. The end of the world as we know it would certainly include the failure of the cell and landline infrastructure…

Because a SAT phone works using orbiting satellites and not cell towers or phone lines – it shouldn’t be affected by failures on the ground (at least initially). In fact, I was thinking about this the other day, and if the U.S. got hit with an EMP attack – as long as the blast was below the orbiting Satellite – I think – it would still function.

Second, it’s not just a total SHTF scenario that can cause normal means of communication to fail…

A SAT phone is extremely useful even during “mundane” natural disasters like hurricanes and earthquakes. For example, during Hurricane Katrina, 70% of cell phone towers in the disaster area went down, leaving millions of people unable to contact their loved ones. During Hurricane Maria in Puerto Rico, all the cell towers went down, so the only way you could have communicated was with a SAT phone.

Sometimes, during emergencies, even if the towers are still functioning properly they can get overloaded. If there are too many people trying to use the same cell towers – calls won’t go through.

Finally, a SAT phone can be used in your daily life if you regularly venture into remote areas not covered by normal cell service. They can be extremely valuable if you camp or hunt in the middle of nowhere, where your cell phone won’t work. Or you sail or take a boat out where your cell is useless.

As long as you have a clear picture of the sky, you should be able to use your SAT phone anywhere on earth.

What Are The Downsides To Satellite Phones?

While SAT phones are great, probably the biggest downside is the cost.

You can expect to pay at least $500 for a good satellite phone.

And in addition to that, you’re going to have to either pre-pay or signup for a monthy charge for “minutes” just like a regular cell phone.

So, it’s not cheap, but for me personally, I think of it as another “insurance bill” that I simply pay each month.

And if you consider what it costs compared to guns and ammo… it’s really not that much. It’s like buying another affordable handgun and some ammo each year.

The Best Satellite Phone For Preppers

I personally use and recommend the BlueCosmo Inmarsat 2.1 Satellite Phone Kit.

As you can see from the image below, with this SAT phone, you can get coverage pretty much anywhere in the world (it looks like if you’re traveling to Antarctica, then you may still have problems communicating… but I don’t plan to ever go there anyways).

If you do need coverage at either the extreme north or south pole, then you should check out the Iridium Extreme by the same company.

I found setting up and using the Inmarsat to be relatively painless using the “Quick Start Guide”.

I opted to sign up for a monthly charge for the minutes, but I may switch to a prepaid plan in the future, once I figure out how much I use the service.

I’ve had the phone for almost one year now, and every call I’ve had to make has gone through. So no problems there…

One thing I like about the service is that I recently got an email from the company, reminding me to occasionally make a test call and they even provided a phone number to call to test the phone – free of charge. That’s good because I don’t take the phone with me everywhere, and I rarely use it, so it’s smart to take it out and test it every once in a while.

When you buy the phone on Amazon, you can select what type of SIM Card you want included. If you want the monthly charge, you can get that one, or you can select a prepaid SIM with the number of minutes you want.

In short, if you’re looking for a good Satellite phone to add to your preps, then I recommend and use the Inmarsat.