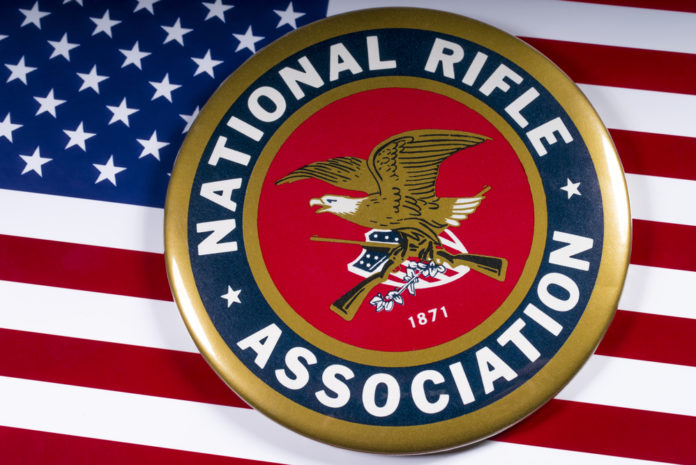 Well, it looks like the NRA is going through another round of drama.

In case you haven’t heard, the best known pro-gun organization in the U.S. has suffered from reports of “coup” attempts as people are seeking to gain control of the organization.

One of the latest bits of information from this craziness is a recent lawsuit against recently departed NRA President, Oliver North. A recent story by the Australian Associated Press gives us the initial details:

The United States’ National Rifle Association is suing its former president, Oliver North, for what it called “conduct harmful to the NRA”.

The lawsuit was filed on Wednesday in New York. It sought a judge’s declaration that the NRA isn’t required to pay North’s legal bills.

North stepped down from the post in April. The lawsuit said he “departed office after a widely publicised, failed coup attempt.”

The New York Times reported that the NRA had also suspended Cox, who said the allegations were “offensive and patently false”.

What a mess. Sadly, though, this isn’t even the beginning of this whole dumpster fire of bad publicity for the NRA. Danny Hakim gives us some background information on the situation:

The genesis of the dispute between the N.R.A. and Mr. North is a related legal battle between the N.R.A. and its most prominent contractor, the Oklahoma-based advertising firm Ackerman McQueen, which employed Mr. North. The N.R.A. has sued Ackerman, claiming it withheld documents and records from the gun group, and some officials have suggested the company may also have been overbilling. Ackerman, which has said it did nothing improper, filed a countersuit claiming that it was smeared by the N.R.A.

In yet another lawsuit, the N.R.A. has accused Ackerman of breaching confidentiality clauses in its contract and smearing Mr. LaPierre.

The new lawsuit seeks to block Mr. North’s attempt to have the N.R.A. pay his legal fees, which he has sought as he fields requests to cooperate with other litigation as well as a Senate inquiry.

“The N.R.A. believes that Col. North seeks payments from the Association to which he is not entitled,” the N.R.A.’s outside counsel, William A. Brewer III, said in a statement. (Mr. North is a retired Marine lieutenant colonel who first came to prominence during the Iran-Contra hearings.) “The N.R.A. alleges that Col. North breached his fiduciary obligations — in a coordinated attack against the N.R.A. and Wayne LaPierre that involved others motivated by their own economic self-interest,” Mr. Brewer added.

This is a royal mess, and because many people see the NRA as the face of pro-gun America, this situation reflects poorly on all gun owners in the minds of many people.

We’ll see how all of this plays out, but if there is anything good that comes out of all of this, it’s that some people will hopefully pay attention to the behavior of executives in an organization before donating any of their hard-earned money to it. We want to make sure that the people running those organizations have the goal in mind and not their personal egos in charge.

No Surprise: More Lies From Biden About Guns

Do You Know the Only RIGHT Way to Grip a Semi-Auto...