Home Guns California Tries To Use Backdoor Way To Ban Pro-Gun Websites Like This... 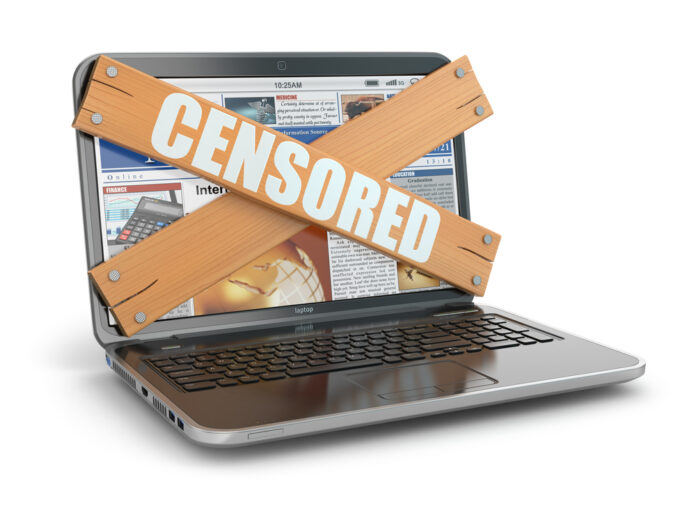 California seems hell-bent on absolutely destroying the civil liberties of people living there. If it isn’t the Second Amendment that they’re attempting to get rid of, it’s independent journalist sites like this one.

Now, if you’re new to the discussion, you may not know why independent journalism and commentary is vital in America. There are two answers. The first reason is the First Amendment. It’s just that simple. We must be able to hear differing viewpoints, even if we disagree with them, so that we can see all angles of a discussion. That’s why I don’t have a problem with anti-gunners having the right to say the stupid things that they say. I just have a problem with them trying to prevent hearing my side of the discussion. And the censorship always seems to be trying to prevent people from hearing the pro-gun side of the gun discussion. Funny how that works.

The second reason is that the mainstream media has a blatant and obvious anti-gun bias. See the previous paragraph for why only hearing one side of a discussion is bad. But, sadly, if people don’t hear the pro-gun side of the discussion from the mainstream media, then, for many of them, they must find independent journalism and commentary from sites like this one so that they can get some perspective.

So, how does this California bill work? Kerry Jackson writes that, essentially, it makes it illegal for a person to be a freelancer (including freelance writer such as the overwhelming majority of people who write for independent media) if the freelancer does that work regularly and if the company hiring does the kind of work that they are hiring the freelancer for and if the hiring company has any say in what the freelancer does (hat tip to here for the source).

In other words, it would make it pointless for the website to hire someone who is actually a freelance writer.

Now, the person who proposed the bill said that they wrote the bill “”to create new good jobs and a livable, sustainable wage job.” But the effect is, according to an article by Katie Kilkenny, that they are driving independent journalists out of business (hat tip to here for the source), and that means that it will drive independent media out of California.

I can’t think of a more effective way to censor pro-gun opinions, can you?

Is This The AR For You?