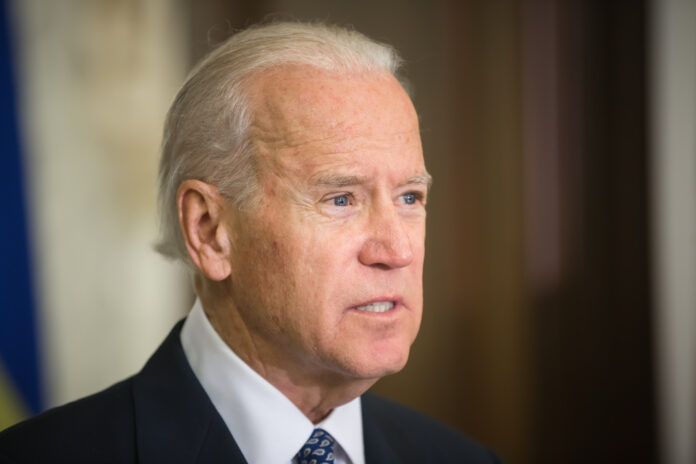 Ready for your idiocy of the week? Well, this week (like many weeks, it seems) the foolishness comes from presumed Democratic candidate for President, Joe Biden. Yes, the man who can barely string a whole sentence together coherently.

So, Biden, as you likely know, says that he is pro-gun but consistently spouts anti-gun rhetoric and supports extreme anti-gun policy positions. It’s pathetic to see. And Biden’s obvious lack of knowledge, much less understanding, of the Constitution and history says volumes about his lack of fitness to be President.

Still, you might get a chuckle out of this. Jared Harris writes,

The shocking wave of authoritarianism unleashed during the current crisis only seems to have reinforced former Vice President Joe Biden’s view of constitutional amendments.

Speaking to Wired in an interview published Thursday, Biden said that no amendment is “absolute,” thus suggesting that even something as precious as the freedoms guaranteed under the Bill of Rights are not set in stone.

Responding to a public curiosity about his gun control platform, Biden explained not only what he felt about the Second Amendment, but all of the similarly vital constitutional amendments as well.

“Anybody think you should be able to go out and have a machine gun these days?” Biden asked.

“The answer is no, we have a rational policy. No amendment to the Constitution is absolute.”

While his statement is technically true, this should not be a fact that’s used to push an agenda.

Our rights to speak and worship freely, to defend ourselves with a firearm and even to have a trial by a jury of our peers all hinge on constitutional amendments that can be repealed by a difficult (but feasible) process.

Even the Thirteenth Amendment, which abolished slavery, is fair game — at least if you take Biden’s reasoning to its logical end point.

This isn’t likely to win him any fans in the African-American community, especially after previous gaffes seemingly demeaning them.

Constitutional amendments — whether we’re talking about the First Amendment, Second Amendment, Sixth Amendment or 13th Amendment — are there for a reason, and it’s terrifying to think that liberal politicians like Biden are so enthusiastic about stripping away the rights guaranteed under the Constitution in order to push an agenda.

Now, Harris is right in agreeing with Biden that most people can’t own a machine gun in the U.S., but Biden is wrong about ownership of cannons in colonial times in America. A redditor going by Evan_Th writes,

Yes, private citizens were allowed to own cannons, and many did. It was very common for private merchant ships (for example) to be equipped with cannons. They were called “armed merchantmen” – so yes, “arms” definitely did include cannons.

This just goes to show that Biden has a (lack of) knowledge of U.S. history that you would expect from someone with his rabidly anti-gun political positions.

Sadly, though, this lack of knowledge and understanding doesn’t keep anti-gun zealots from trying to force gun control down the throats of everyday Americans who simply want to exercise their right to protect their family.

Is THIS weird stick the ultimate solution for “off grid” cell...