Home Guns House Democrats Again Show Themselves To Be Clowns With Push To Regulate... 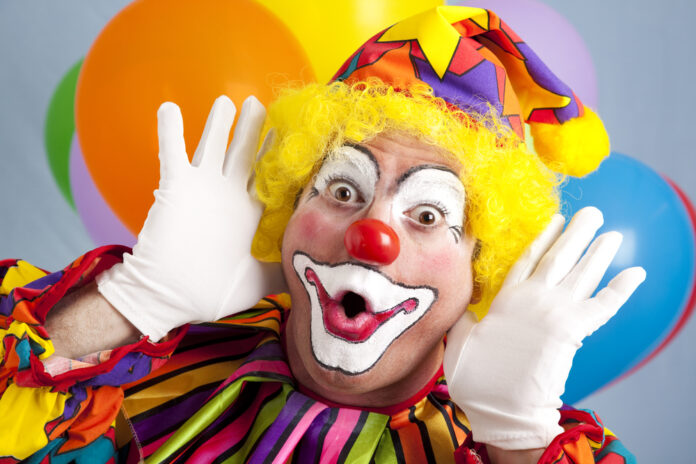 If you’re like me, you find many of the efforts of anti-gunners to push for gun control to be both irritating and amusing. Irritating because they are trying to steal our liberties and our safety for their own perceived sense of safety even though the reality is that they will be less safe with strict gun control than with widespread availability of firearms. In other words, the willful ignorance or stupidity (take your pick) of anti-gunners gets irritating pretty quickly.

But if I get so irritated at them, what could I possibly find so amusing about their gun control efforts? The answer is simple, really. I find it funny that they keep trying to speak authoritatively, as if they have knowledge and insight about the subject, when what they say reveals how absolutely clueless they are. In other words, they are simply talking out of their own rear end about guns and gun owners and “gun culture” because they are absolutely clueless.

“Concealable assault-style firearms that fire rifle rounds pose an unreasonable threat to our communities and should be fully regulated under the National Firearms Act consistent with the intent and history of the law. The recent tragedy in Boulder, Colorado where 10 people including a police officer were killed is one in a string of deadly incidents involving this style of weapon,” Reps. Mike Thompson (D-Calif.), Joe Neguse (D-Colo.), Val Demings (D-Fla.), and Ed Perlmutter (D-Colo.) said in a letter to Biden.

They said that because alleged Boulder gunman Ahmad Al Aliwi Alissa used a semi-automatic Ruger AR-556 pistol, which is a smaller variant of an AR-15-style rifle, either Congress or Biden should take action.

Now, before you take exception with my reference to these firearms as non-existent, stop a moment and tell me whether you can keep an AR-style pistol (which seems to be what they are referring to) truly concealed? No, you can’t. It’s readily apparent that you’re carrying a large pistol which means that everybody knows that you have it. By definition, that isn’t concealed.

Can anti-gunners make themselves look even more clownish? It would seem to be difficult, but experience has taught me that I shouldn’t bet against them trying to be even more foolish than they already have been.