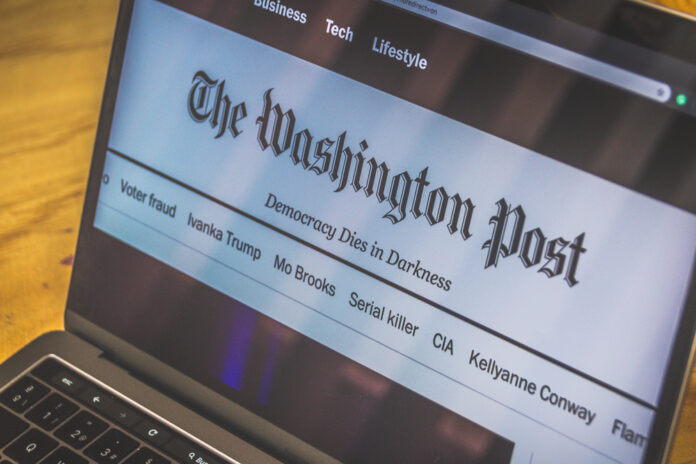 It seems like everyday the anti-gun narrative gets pushed on us again by the mainstream media. The way that it’s seemingly everywhere, you might think that the media narrative is universally anti-gun. You might even think that gun control makes sense if all you’ve ever heard is that narrative.

But some media outlets are fighting back against the anti-gun rhetoric and outright deception pushed by anti-gunner “journalism.” For example, Eric Felten called out the Washington Post for their story in which they intentionally left out an important detail in their reporting of police shooting a man (hat tip to here for the lead). Felten writes,

On Monday, April 19, Edgar Luis Tirado went on a one-man crime spree — important details of which are not recorded in the Washington Post’s often cited “Fatal Force” database of killings by police.

Other accounts, though, were clear about the threat Tirado presented. The 28-year-old Texan, who suffered from bipolar disorder, started small, stealing from a Fiesta Mart in Far North Dallas early in the afternoon. When store workers tried to stop him, he produced a black revolver, pointed it at them, and then ran.

The next police heard of Tirado, it was nearly 4 P.M. He was in a school parking lot, wielding the handgun in an attempted carjacking. When police caught up with him half an hour later, he reached for the gun, which he had in the back of his pants, and leveled it at officers. The police held their fire, and Tirado fled.

Half an hour later, the man robbed a CVS drugstore, threatening the store manager with his pistol. When the police next caught up with Tirado, he ran across multiple lanes of traffic, dodging cars and leaping over concrete barriers before turning and again aiming his revolver at police. This time, officers shot and killed him.

But the Post’s “Fatal Force” tally notes Tirado’s death simply: He was “a 28-year-old Hispanic man with a toy weapon.”

One might be forgiven for thinking, from that description – “a toy weapon” — that Tirado had an orange plastic water gun or some other obvious plaything. But Dallas Police Chief Eddie Garcia explained at a press conference that Tirado had in hand a “replica handgun,” a fake “that looked exactly like a revolver.” It wasn’t just police who thought Tirado had a real revolver; the grocery and drug store employees who found themselves on the business end of Tirado’s fake gun believed it to be the real deal.

So why does the Post’s seminal database for researchers on police violence, begun in 2015, call it a “toy weapon” when even the short wire report it carried on the killing notes it was a “replica handgun”?

“Using the word ‘toy’ is a bit deceiving,” says Patrick Burke, the executive director of the Washington DC Police Foundation. “These are made to look like lethal weapons, and often an officer doesn’t have the time to distinguish whether it is real or fake.”

Look, if the Washington Post hates police officers, that’s their business, but leaving out details which are vital to understanding the situation is just wrong.

Tirado appeared dangerous because his gun looked real. It’s completely unrealistic to expect law enforcement to be able to tell a replica gun from a truly dangerous firearm. The point of a replica is that it looks real.

The Washington Post was truly disgusting in printing intentionally deceptive, slanderous stories like the one Felten talks about above. Shame on them.

“Student” Anti-Gun Protest Busted For Being Organized By School Administrators And...