Home Guns Watch: Do Not Do This INSANE Thing Next Time You’re At The... 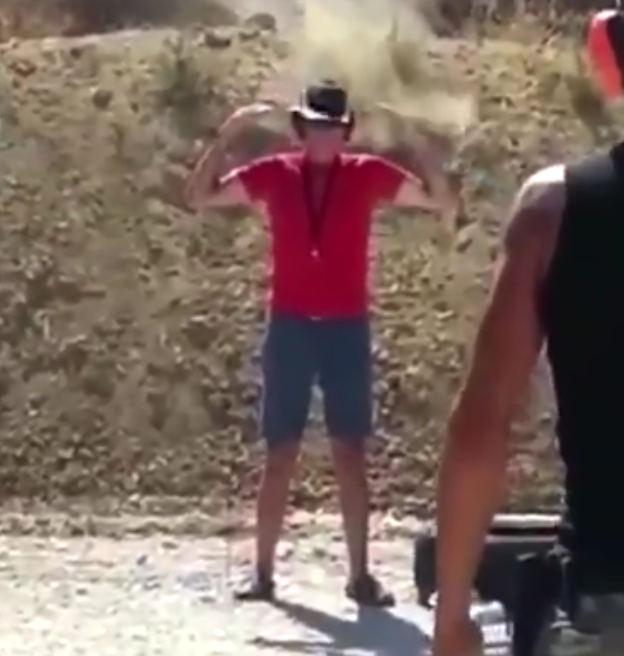 Have you ever seen something that is both hilarious (in a weird way) and terrifying at the same time?

If not, we have a video for you today that may just well scare the living daylights out of you (hat tip to here for the lead). But it may also make you laugh.

Why these two specific reactions? Because what these guys (of course, it’s guys. Would women be this insane?) do the most foolish thing that you may ever see anyone do when doing target practice. Frankly, I couldn’t believe my eyes that someone was actually doing this. It made William Tell’s shot at an apple look mild in many ways (If you don’t remember William Tell, this story was the one about the guy who shoots an apple off of the head of another man with a crossbow).

And you’re probably wondering about the humor part. To be fair, that just may be my dry sense of humor who laughs at the nonchalant manner of one of the guys in the video as he reacts (or doesn’t) to what happens. He acts so bored in such a scary situation that I couldn’t help but laugh. Maybe you will, too.

Here’s the video for your viewing pleasure:

Isn’t that absolutely insane? Who would actually hold targets for other people to shoot out of your hands using anything more than Nerf darts, much less live ammunition? And, then, the guy acts bored, like it’s no big deal!

The last thing that I’ll say about this is, please, for the love of God, don’t ever do this. It’s nuts.