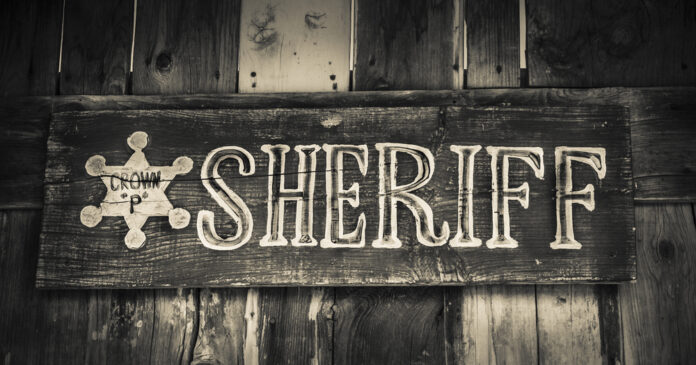 Constitutional carry is a hot topic these days among people who care about gun rights. On one side, the right side (both politically and morally), Constitutional carry is supported. After all, the founding fathers of this country put the Second Amendment into the Constitution so that the people could defend themselves, not from other people (though, that was also something that they supported), but to defend themselves from an oppressive government.

On the other side, you have people who believe that guns magically take on a life of their own and kill innocent people without any involvement by a person, and, therefore, guns must be banned because they are evil. These same people want the government to protect them from us (pro-gun people), and they also want the government to, for all intents and purposes, run our entire lives.

All snarkiness aside, it would seem to be a easy thing for rational people to realize that Constitutional carry is a good thing for everyone.

A police chief in a Missouri city has resigned over a new bill in the state that bars officers from enforcing or attempting to enforce federal laws that infringe on Second Amendment rights.

Philip Dupuis, police chief of O’Fallon, said in a statement to news outlets that he understood the motivation behind the bill and described himself as a strong supporter of the Second Amendment.

“The problem with this statute is the poorly worded language that removes sovereign immunity and appears to allow law enforcement agencies and individual police officers to be sued for even good faith justified seizures of firearms in emergency circumstances,” Dupuis said.

On the one hand, I sympathize with Dupuis not wanting to be sued for trying to protect someone from themselves if they are suicidal, but, on the other hand, wanting to protect people doesn’t remove personal responsibility from those people to not do something that they would regret later. Maybe, just maybe, if everyone realized that, quite literally, anyone and everyone else around them could shoot them if they felt like they wanted to do something hostile or stupid, then that person might think twice about doing the irrational thing of pulling a gun on anther person for any reason other than self-protection.

In other words, if Constitutional carry became the law of the land, you might see a bump in gun violence for a week or two, but that’s about all it would take before the crazies and morons weeded themselves out of society, and the gun violence rate would plummet.

Some would call that an evil and cruel thing to do. I get that. I would counter, though, that it’s better that a few people do stupid things and, by their example, save a lot more lives than to continue with the current trend in many areas in which criminals are the only ones with guns, so gun violence never decreases. I see it as a rip-off-the-bandaid-so-the-wound-can-heal-faster scenario, and because of that thinking, I disagree with Dupius.

What do you think? Tell us below.

Moms Demand Action In Hot Water For Being Anti-Cop Because Police...

Why You MUST Get A CCW Permit With Your Restraining Order