Home Guns What Are They Trying To HIDE About Hunter Biden’s Gun Purchase? 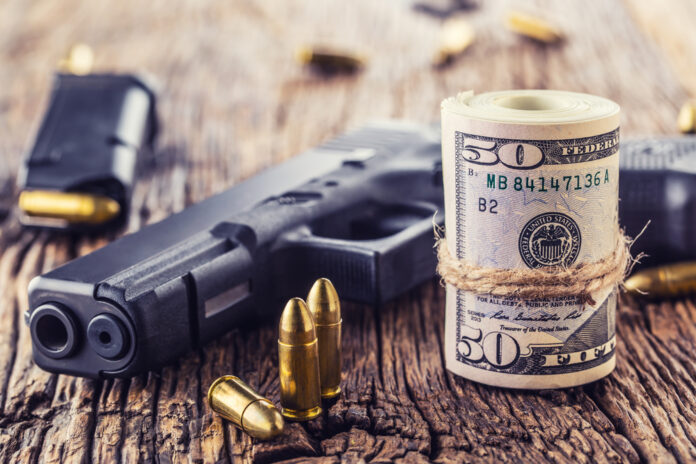 If you’re politically-minded, then, you’re probably aware of all of the trouble that Joe Biden’s son, Hunter, has gotten himself into over the last decade. From allegations of inappropriate relationships with underage girls to use of illegal drugs to peddling his father’s political influence for personal profit.

If any of us had been involved in even a small fraction of what Hunter Biden has been accused of, we’d be rotting in jail right now, but he is running around free.

Even with all of that controversy, you may not have heard about the allegations of Hunter Biden illegally purchasing a firearm. And, apparently, someone doesn’t want you to know any details about it either. Zachary Stieber writes,

A U.S. agency seeking to not release possible records on a gun purchase made by President Joe Biden’s son received backing from a federal judge this week.

The Bureau of Alcohol, Tobacco, Firearms, and Explosives (ATF) doesn’t have to release the records, which are believed to include a form Hunter Biden submitted while purchasing a firearm in 2018, according to a Sept. 13 ruling from U.S. District Judge Rudolph Contreras.

An Ohio-based reporter named David Codrea asked the ATF in 2020 for all records related to the disappearance of a gun from a vehicle owned by Hunter Biden. He cited a story from The Blaze, and Politico later reported on the situation as well.

According to the media outlets, Hunter Biden’s gun went missing in Delaware in 2018 but no charges were brought and no arrests were made. ATF agents were said to have visited the shop from which Hunter Biden bought the gun and obtained a copy of the file on the purchase. Secret Service agents were also reportedly involved.

You won’t be surprised to learn that the judge who presided over the case and ruled to keep this information from the public was an Obama appointee.

I wish this surprised me, but it doesn’t. The fact of the matter is that, currently, in much of the legal system, certain people are protected from prosecution while other groups, like legal gun owners, are targeted for prosecution even if innocent of committing any crime.

Another 2A Win From Supreme Court

Stupid Gun Question Of The Day