Home Guns Why I Plan To Switch From A Shotgun To AR-15 For Home... 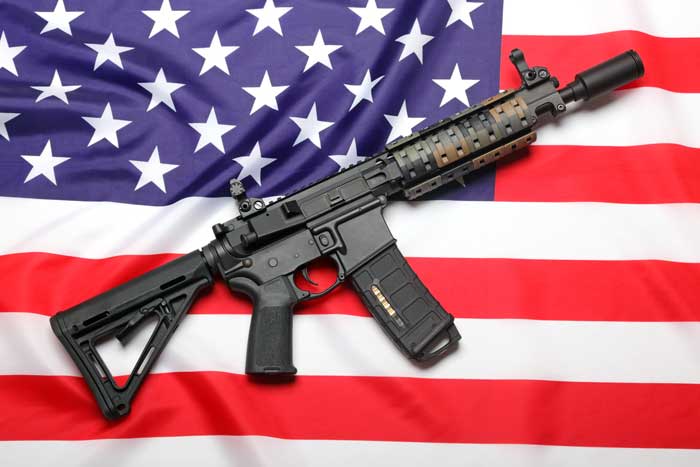 And why YOU may want to do the same then this article will explain everything.

First, let me get something out of the way first. I love the shotgun. It’s one of the all-time great “American Guns”. But to see why I don’t think it can serve the home defense role anymore, keep reading …

The Shotgun Is One of America’s Best Home Defense Guns

The shotgun is simply a devastating and effective weapon when used for “social work” aka as a home defense tool.

A 12 gauge loaded with 00 buck, in just ONE shot, you get the equivelant of a minimum of EIGHT shots of 9mm. All in a relatively tight pattern, delivered to the bad guy.

If I recall correctly, Tom Givens said that in his 20+ years of police experience he only ever recalls one incident where an officer had to use more than one shot to put down a bad guy (and I believe it was because the first shot was not a center of mass hit).

What’s more: the pump action shotgun has proven itself reliable. In combat as early as WWI these shotguns have been counted on to get the job done.

So What’s Wrong With The Shotgun?

Absolutely nothing is wrong with the gun.

The problem is the person behind it …

Finally, it’s arrogant and kind of stupid to forget that I’m not the only one that may have to potentially use the designated home defense weapon.

In short, I have a wife. And like most women, her upper body strength is not the same as mine. She also doesn’t have as much training as I do.

Remember I said that the pump action shotgun is super reliable? It is. As long as you can work it reliably …

You see the number problem people have with pump guns is user error. Short stroking it or in some other way messing up the functioning.

Why It’s Important To Train With Your Home Defense Guns 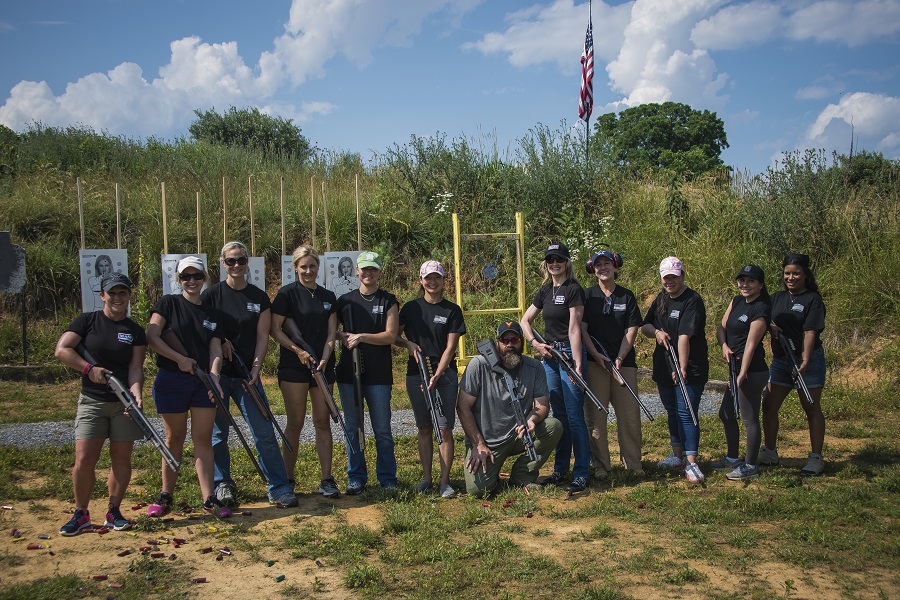 I recently had the pleasure of accompanying my wife to a Women’s Shotgun Home Defense Class with Steve “Yeti” Fisher of Sentinel Concepts at the MASF Range in Virginia.

Truth be told, I had no idea this was going to be run by Steve Fisher, I just thought it was a shotgun class.

But it was eye opening to say the least.

While my wife and I had spent some range time with the venerable Remington 870 home defense shotgun, she had never taken a day long class. (I have done a 1-day defensive shotgun course with Tom Givens previously)

I won’t get into the class details, except to say it was excellent (and there’s a great AAR here if you care to read), but it showed the shortcomings of the shotgun — at least for my wife and I.

So What Problems Did I See With The Shotgun?

** The shotgun is heavy. Sure, this isn’t THAT big of a deal because after all the concept of use for the home defense shotgun is barricade yourself in the bedroom and wait. BUT, it’s still heavy, especially fully loaded and when you are “running the gun” all day.

While this may not matter in a 1 or (record setting) 2 shot self-defense scenario … it still makes training harder. Maybe less fun? So are you less likely to shoot the shotgun? AKA practice with the gun you’ve chosen for home defense?

It quite simply, without adequate training, is a hard gun to “run”.

** The operation is different. My wife has done some pistol training. She has also shot a handgun more times than any other gun.

It’s really good to have commonality in between “weapon systems” so that all your training with one gun helps with the other.

** Less ammunition. Barring a total collapse of society where we have to fight an army of zombies, I don’t think that this matters much. Again, two of the most respected experts on the shotgun are Tom Givens and Steve Fisher and they both have never seen a shooting where the person with the shotgun somehow needed to shoot more than once or twice to stop a threat. But still, it’s a thing.

** It kicks rather hard. Recoil. Yes, I know we are all tough guys and the recoil doesn’t bother us. It doesn’t bother my wife either. But it still takes TIME to learn how to “stretch” the shotgun to manage recoil and to get the aggressive body posture to mitigate it, etc. Time and training.

** Accuracy. It’s not that the shotgun is NOT accurate. Not at all. It’s just that 1.) everyone believes the myth that you don’t need to aim with a shotgun (you do) and 2.) my wife was less accurate with the shotgun because she was dealing with all the other shotgun “issues” (manual of arms, racking the pump, controlling the weight and size, managing recoil, etc).

So Why The AR-15 Instead of the Shotgun for Home Defense?

For basically the opposite of all those reasons:

** It has plenty of stopping power (any arguments about the stopping power of 5.56 will immediately be referred to the enemy combatant kill list of every American war since the introduction of the M16 in Vietnam)

** It’s light, ergonomic and is easy to handle in the hands

** It’s VERY easy to shoot. Much easier than a shotgun for the untrained and even easier than a handgun (because of more points of contact it’s like a handgun on “easy mode” for defensive shooting!)

** It’s easy to operate. Like a handgun: insert magazine, rack slide (“charging handle”), press trigger. Like a handgun if it malfunctions, tap, rack, bang. Simple and all the practice with the handgun reinforces the AR-15 manual of operation.

** More ammo. Again, if you used a standard 30 round magazine in a home defense situation, you would most likely make it into the Guinness book of world records but the fact remains that there are more rounds of ammunition in the gun when you pick it up.

** There is hardly any recoil. Many, many, many small little girls shoot them and think it’s fun.

** Accuracy. It’s much, much easier to hit stuff with the AR-15 because it’s so light, easy to operate, ergonomic, and simple in operation.

So Should You Switch To An AR-15 For Home Defense?

Take an honest assessment of yourself and your situation.

Are you the only one who will use your home defense weapon? Then you have to asses not just yourself but your entire family situation, aka, whomever is going to back you up.

Do you actually train with your shotgun? Can you make multiple accurate hits under pressure? Can you run the gun reliably? Can you mitigate the recoil, weight, and functioning to get ACCURATE hits (yes, you need to aim the shotgun).

Only you can answer those questions. As much as I love the shotgun and continue to train with it, I believe the AR-15 is a better choice for my family.

Shotguns For Those On A Tight Budget