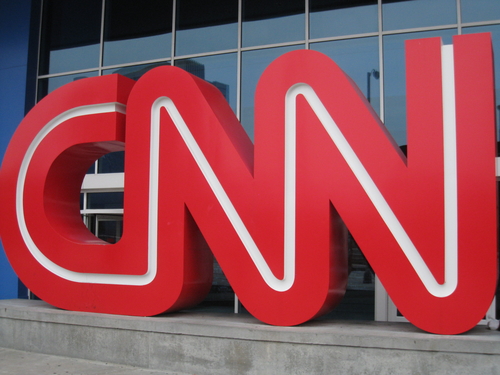 Here’s a story that probably shocked the people reporting it. But, I want to be up front and applaud the people who reported this for their honesty in reporting it. Why? Because it was first reported on CNN which isn’t really known for its honest and unbiased reporting.

So, what is the big news that CNN reported? Simply this: Criminals don’t obey gun laws.

I know that you’re shocked. I certainly am. Well, really, I’m only shocked that CNN had the integrity to report that. Pro-gun people have known that to be true for years. Beth Baumann gives us the details:

CNN decided to “investigate” the number of people who lie on the 4473 forms, which are used when someone purchases a firearm. It asks basic questions like your name, address, date of birth and if you’ve committed a number of criminal violations. When you fill it out you check a simple “yes” or “no” on each question. Lying on 4473 is a felony that can result in a hefty fine and up to 10 years in prison.

What’s silly is it took an “investigation” for CNN to realize a fact that gun rights advocates have been saying for years: criminals lie. And the Department of Alcohol, Tobacco, Firearms and Explosives (ATF) very rarely prosecutes those who are caught lying on the form.

Here’s what their “investigation” found:

Past and present ATF agents and prosecutors told CNN that, given limited resources, they’re not inclined to prioritize the nonviolent crime of lying on a form over more serious charges, like gun trafficking. The very few “lie and try” cases they prosecute focus on dangerous “trigger pullers” who clearly know they’re prohibited from owning a firearm — career criminals with a history of violence or activity in the drug trade.

But a 2006 internal ATF briefing paper obtained by CNN suggests that gun form liars are far more likely to go on to commit a gun crime than even many experts recognize. When ATF analyzed firearm denial cases sent to field offices for investigation during a seven-year period, it found that 10%-21% of that group went on to be arrested for a crime involving guns.

But a surprising range of authorities have argued that enforcing “lie and try” could make a difference — including not only anti-gun groups and criminal justice academics, but also former law enforcement officers, the Department of Justice under the Trump administration, and even the National Rifle Association…

That reduces the law’s function as a deterrent to prohibited possessors who might hope to get lucky with the federal background check system. It also allows gun form liars to fly under the radar for law enforcement — and to avoid being assigned a probation officer who would monitor them to make sure they didn’t obtain a weapon. And, in the event of a later crime, it leaves what could have been a significant previous charge — which might typically lead to more prison time — off their records.

It doesn’t take a genius to know that criminals commit crimes. They don’t follow the law. Hello! That’s the very definition of being a criminal. It’s also why so many gun owners cry foul when new gun control laws are put on the books, because all the new laws do is punish the law-abiding, not criminals.

So, there you have it: the rare bit of honest journalism from CNN, and it simply supports what pro-gun people have said for years: Gun control only hurts law abiding citizens.

So, the next time that your anti-gunner neighbor tries to spew some of their nonsense your way, simply point to them to the conclusions of CNN. That should at least give you a rare 10-15 seconds of peace as they try to figure out how to spin the uncomfortable truth away.

Journalist Made a Laughing Stock After Shooting AR For First Time...