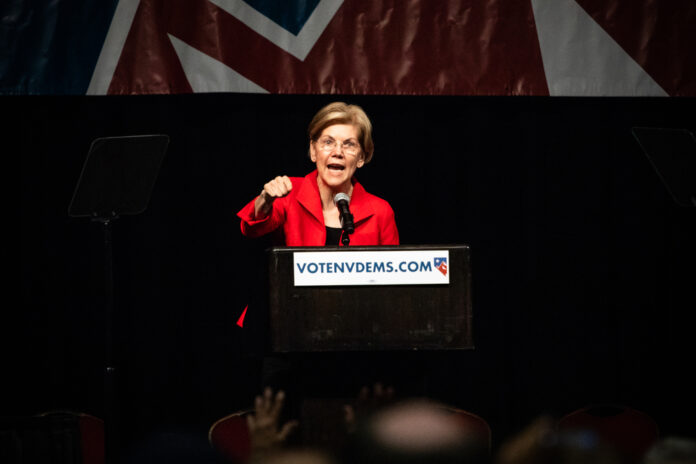 When it comes to source material for comedy, Democratic Presidential hopeful Elizabeth Warren is the gift that keeps on giving.

If you want someone who says stuff more absurd than Bernie Sanders and puts her foot in her mouth almost as consistently as Joe Biden (without being a creeper on women), then Warren is your lady. And, yes, she even says ridiculous things about guns, too! Now, she is spouting more stupidity about guns. John Boch writes,

Elizabeth Warren has proposed not only rolling back the popular Trump tax cuts, but she wants to levy new taxes on wealth and free speech. And, of course, on guns, too!

And she thinks that’s a winning platform. I didn’t know recreational marijuana had become legal in Massachusetts yet.

So, what kinds of tax hikes are we talking about? How about 10-30% on gun purchases and 50% on ammunition. Oh, and then there are the additional corporate taxes and an “excessive lobbying tax” that would tax 35% on firms that spend more than a half million dollars on lobbying, 60% when over $1 million is spent on lobbying, and 75% when over $5 million is spent (how much do you want to bet that Planned Parenthood would get an exception?).

Look, even if someone agrees with Warren on her other policy positions, her proposals to, basically, attempt to tax guns out of private ownership is unconstitutional and offensive. She basically wants to try to tax away your self-protection.

Warren has shown herself again and again to be a nutcase, and we cannot afford to allow this woman to become President of the United States.

Are 3D Guns Really A Threat To Society?