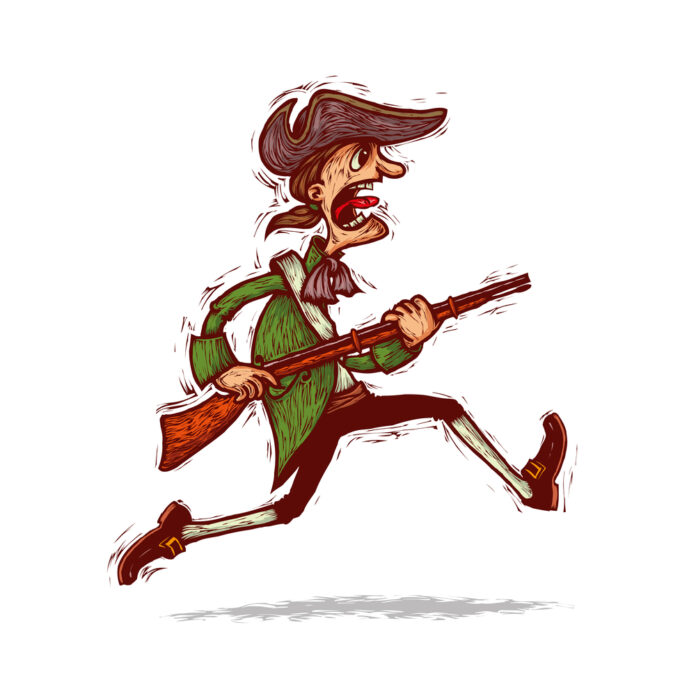 There is an anti-gun argument which keeps coming up over and over. It’s the idea that the Constitution only allows guns for militias. The anti-gun assumption, of course, is that all militias are government-organized and government-funded.

An example of this thinking comes from a letter to the editor to The Mercury News which reads (try to resist the urge to throat punch this “genius” while reading it):

Sorry, but gun control advocates do not need to repeal the Second Amendment. There seems to be a mass hysteria about this amendment.

Read it again. It does not guarantee everyone a right to a gun. It does state that people can have a gun, subject to a “well-regulated militia.”

The pistol-packing advocates continuously ignore the fact that collectively they are not a militia, which implies some form of organization, training and knowledge of their weapons.

They also conveniently forget that part about being well-regulated.

Let’s try this again: “A well-regulated Militia, being necessary to the security of a free State, the right of the people to keep and bear Arms, shall not be infringed.”

This holier-than-thou individual obviously can’t tell the difference between a point being brought up to justify an issue and a point brought up because it’s the way that the issue is intended to be enacted. The whole point in bringing up a militia of any sort is to say, “People should be allowed to own guns because they need to be able to defend themselves which is what a militia does.” It’s not an instruction to only give guns to members of a militia.

Maybe this is a failure on the part of this person’s English teachers in school, but I suspect that it’s more willful ignorance on their part than anything else.

Of course, another letter to the editor in response to the one above gives a nice, succinct rebuttal:

A letter was published titled “Enact gun control without repealing the Second Amendment” (Mercurynews.com, Jan. 5) implying that the right of the people to keep and bear arms was subject to being within a “well-regulated militia.”

Good thing this letter-writer isn’t a lawyer. If that were the case, your right to freedom of speech is only protected while in the process of petitioning the government for a redress of grievances.

Stay in your lane, and out of constitutional law.

Yeah, that pretty much hits it on the head, too.