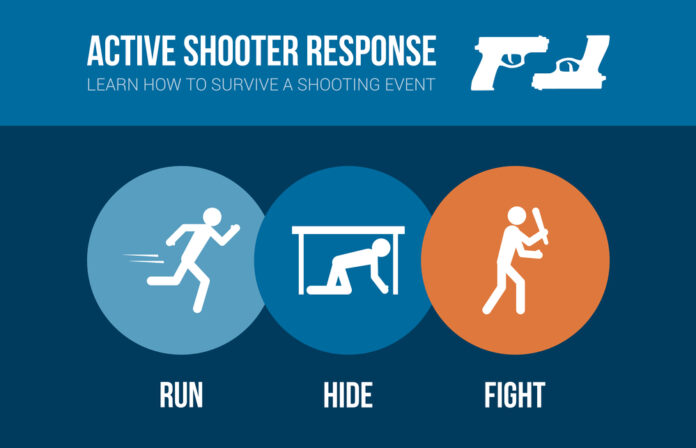 Leftists have a problem, one that they refuse to acknowledge. That problem? It’s that they push for short-sighted “solutions” to problems without thinking through the unintended consequences of those “solutions.”

Take, for example, gun violence such as mass shootings. Anti-gunners claim that they want our children to be safe. That’s an admirable goal. The problem is that anti-gunners want to ban guns (as if that will keep guns out of the hands of criminals), and they also push for other relatively pointless tactics, like active shooter drills (without guns to shoot back) to make themselves feel good under the delusion that they have actually made a difference when they haven’t done anything but make the situation worse in other ways. Katharine DeRosa writes,

A recent study suggests active shooter drills in U.S. schools could lead to depression and anxiety among families and employees.

The report analyzed social media posts from elementary, middle and high school students, teachers and parents before and after participating in emergency preparedness drills.

– 42% increase in stress and anxiety

– 22% increase in concerns about death

Everytown for Gun Safety, a non profit organization that works to combat gun violence through research and gun control legislation, published the study with the Georgia Institute of Technology’s Social Dynamics and Wellbeing Lab.

So, active shooter drills increased stress and anxiety by over 50% for both middle school and high school students which, very likely is going to lead to increased suicides, but that’s okay to Everytown for Gun Safety because, hey, they’re teaching kids how to be safe from an active shooter.

As if that has worked very well in any active shooting situation.

Instead of stressing out our kids, we should get someone on campus that has a firearm, is trained to use it, and will use it if there is an active shooter situation to protect children. That’s a realistic way to give real security to these kids instead of ramping up these kids to potentially suicidal stress levels, all so that we can “feel good” that we “did something” by running these kids through drills without actually providing them any safety measures to stop a shooter.

Like everything else about guns, anti-gunners have the entire situation backwards, and instead of helping keep people safe, they’re putting our kids in even more danger. It’s absolutely unacceptable.