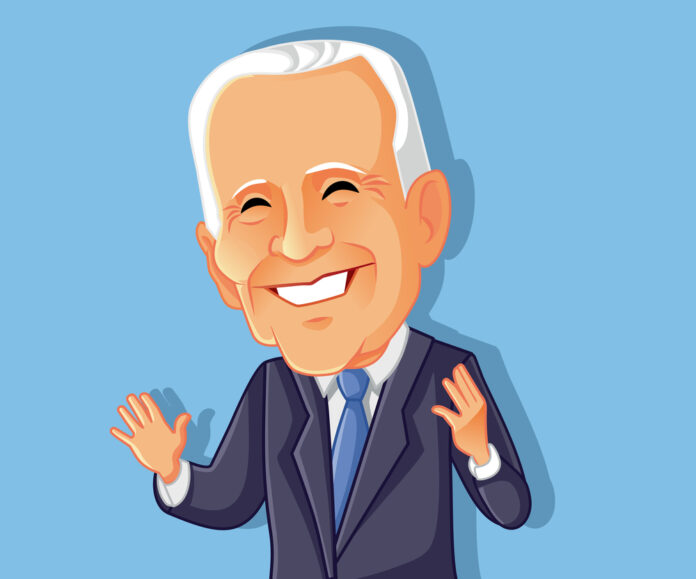 We knew it was coming. He and his running mate talked about it during their entire campaign.

That’s right, Joe Biden has asked Congress to move on gun control, and, of course, he did this using the old, tired, and nonsensical terms that we’ve gotten used to hearing from gun control zealots.

And, in a move that David Hogg of March For Our Lives would be proud of, Biden used the anniversary of a tragedy that gun control wouldn’t have prevented to push his stupid agenda. Zachary Stieber writes,

President Joe Biden on Feb. 14 urged Congress to strengthen existing laws concerning gun ownership on the third anniversary of the mass shooting at a high school in Parkland, Florida.

“The Parkland students and so many other young people across the country who have experienced gun violence are carrying forward the history of the American journey. It is a history written by young people in each generation who challenged prevailing dogma to demand a simple truth: we can do better. And we will,” Biden said in a statement.

“This Administration will not wait for the next mass shooting to heed that call. We will take action to end our epidemic of gun violence and make our schools and communities safer. Today, I am calling on Congress to enact commonsense gun law reforms, including requiring background checks on all gun sales, banning assault weapons and high-capacity magazines, and eliminating immunity for gun manufacturers who knowingly put weapons of war on our streets.”

Yep, Biden used all of the code words for “your liberties don’t matter at all.”

“Commonsense,” even though none of these proposals are commonsense (commonsense would indicate that you blame the attacker, not the tool used).

“Eliminating immunity for gun manufacturers who knowingly put weapons of war on our streets.” I have a difficult time covering all the stupidity in this one partial sentence in even a full article. Holding gun manufacturers accountable for the acts of individuals is beyond unfair. And calling firearms “weapons of war” is like calling steak knives weapons of war because, at one time, knives of that size were commonly used in combat. I mean, I know how to use my car keys to cause someone to bleed. Does that make my car keys a weapon of war? This “weapons of war” concept is an unbelievable stretch to way outside of reality.

But none of this should be a surprise to anyone who has been paying attention. Biden and company are openly hostile to your Second Amendment rights, and we need to take active steps to nullify this nonsense in the states where we live.

New York To Try To Make People Prove That They Aren’t...

Gun Control Has Never Really Been About Saving Lives

HORRIBLE: 1 State Is Determined To Make Its People Victims Of...