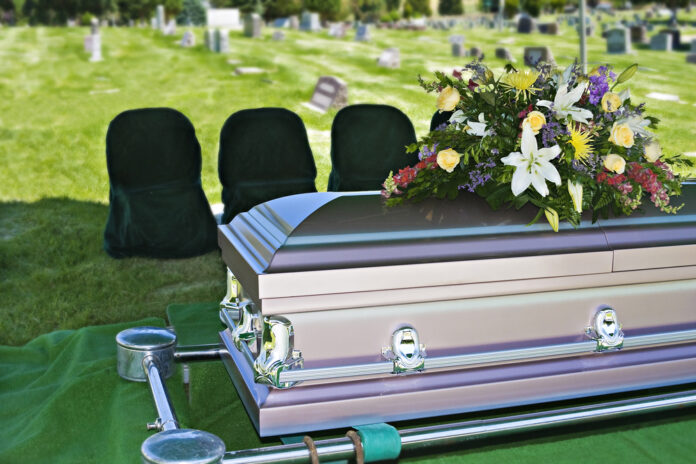 Many Americans don’t know much about what goes on in other countries except when the nationwide mainstream media tells them what they’re “supposed” to hear (you know, like other countries have gun control, so the U.S. “should,” too). Because of this, much of what you’ll read in this story may surprise you.

But people in at least one of those countries are waking up to the reality of why they need to have firearms of their own and not to just trust their governments. Masara Kim writes,

The years-long clamor by Nigerian citizens for the right to bear arms has begun to sound like a roar.

“If the Government cannot protect us, we will use any means to protect ourselves,” Rev. Polycarp Lubo said at a mass funeral in Yelwan Zangam for victims of terrorist attacks by gunmen.

“We are not telling our people to be lawless, but if anyone says your life is not of value, his too should not be accorded any value. Our people have to rise up and defend themselves instead of sleeping and waiting on the government for protection.”

Outraged citizens protesting lax law enforcement and restraints on gun ownership carried the corpses of their friends and neighbors killed by gun-carrying terrorists to the doors of the Government House in Jos, Nigeria, on Aug. 25.

The latest attack by Fulani militants, Nigeria’s deadliest insurgent group, killed 36 people in a northern suburb on the outskirts of Jos, the capital of Plateau state, on Aug. 24. The attack was among a series in the state that has killed a combined 150 people from July 31, according to Markus Kanda, the chairman of the Youth Wing of the Christian Association of Nigeria (CAN).

“We are tired of telling our members to calm down each time there is an attack,” Lubo, the chairman of the Christian Association of Nigeria (CAN), told journalists in Jos.

More than 500 protestors gathered again on Aug. 30 at the entrance of the State Legislature in Jos to demand that they be allowed to defend themselves against attacks.

If this situation doesn’t sound familiar enough to people in the U.S., then, maybe, this next bit of information will sound suspiciously like Portland, Chicago, or Baltimore. Kim continues:

“They say we should not carry arms, yet they have not shown commitment to protect us. If you carry a cutlass to defend yourself, even during armed attack, the government will arrest you. But those who kill with AK-47s are still free out there, and when you talk they come after you,” [protester Martha] David said.

Personal firearm ownership is for the purpose of personal protection, whether protection is needed from criminals or from government tyranny. The Declaration of Independence and the Second Amendment to the Constitution make that abundantly clear.

Maybe, it’s time that Americans were more vocal that we aren’t going to tolerate our rights being trampled on anymore especially when those who take our rights leave us defenseless.

Is This The Ultimate “Safe” Way To Train?

You’ll Never Guess Why This 6 Time Olympian Was Shunned By...