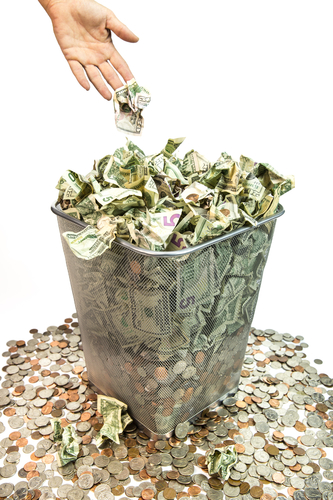 Why is it that human nature tends to make people want to double-down on a bad idea and to keep pushing for a failed idea, often throwing good money after bad to try to get that idea to work when there is simply no hope of it working?

Hopefully, in your personal life, you’ve stopped wasting your time with that kind of thing and you’ve learned when to just leave something alone so that you can do something productive. Unfortunately, however, anti-gunners haven’t figured out this bit of wisdom in life. In this case, they want to throw more money at the Centers for Disease Control (CDC) to research gun violence (Yes, here we go again). Jessie Hellman writes,

House Democrats are poised to approve new funding for gun violence research in the face of what they say is a “public health emergency” killing thousands of Americans every year.
If successful, it would be the first time in nearly 20 years that Congress has funded gun violence research after an amendment passed in the 1990s discouraged federal agencies from studying the issue.

“We should not be afraid of research. Gun violence is a public health emergency,” said Rep. Rosa DeLauro (D-Conn.), chairwoman of the House Appropriations Committee’s health subcommittee.

“The Centers for Disease Control and Prevention (CDC) is the nation’s foremost public health agency. And yet, it has been absent from this research agenda for more than 20 years,” she said.But Republicans argue directing funds toward research is more about making a political point that will exacerbate differences between the two parties.

“The money we spend needs to make a difference as opposed to making a political point,” said Rep. Tom Cole (Okla.), the top Republican on the subcommittee.

An amendment passed in 1996 — named for former Rep. Jay Dickey (R-Ark.) — prevented the use of federal funds to advocate for gun control. But Democrats and public health experts argue it also created a chilling effect at agencies studying the causes of gun violence and how to prevent it.

Democrats have pushed to repeal that amendment in past years, but were blocked by Republicans who argued that it didn’t actually ban federal agencies from researching gun violence — just from advocating for gun control.

But, let’s be honest. It’s not about research on reducing gun violence. No, anti-gunners are wanting the CDC to take a stand for gun control, which is, by the way, illegal for them to do. And, the CDC’s own research has already shown that gun control does not reduce gun violence.